Fascinating depictions of different European nations as seen or rather imagined by the Chinese around 1769. These images can be found in Huang Qing Zhigong Tu (Collection of Portraits of Subordinate Peoples of the Qing Dynasty), which is an 18th-century ethnological study of Chinese tributary states, including Western nations that traded with the Qing Empire. Naturally I have been interested in the way that various European swords (smallswords, sabres) were depicted in this very nice costume book.

Smallswords in the pictures from Huang Qing Zhigong Tu are drawn really well. It seems that an illustrator had an opportunity to observe those swords, probably worn by Western diplomats or other officials who visited the Qing court in the second part of the 18th century. 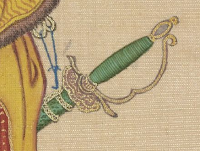 Unfortunately sabre hilts are depicted in a really funny way. 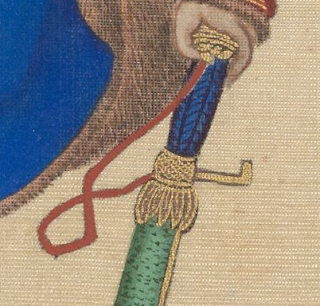 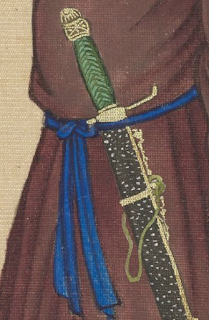 It is very obvious that the sabre hilts are depicted with many small mistakes: only with partial crossguard, with very straight grip, without a knuckle-bow [4]; the illustrator had struggled to understand the real function of the two rings on the scabbard. The Polish sabre simple tucked in the belt, while in reality those rings are used to suspend a sabre from a swordbelt. 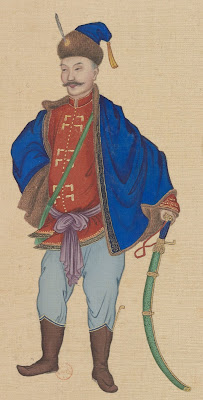